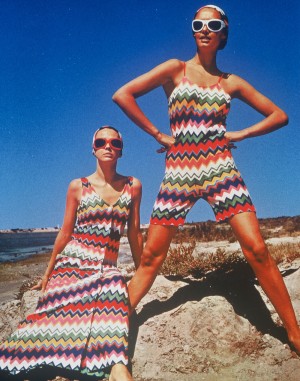 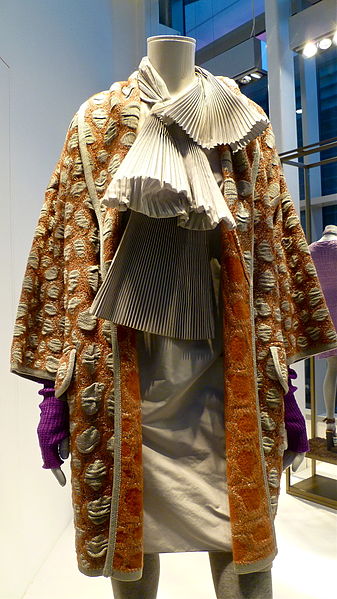 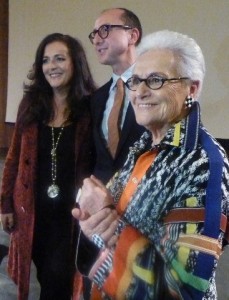 He was a world class sportsman with an eye for pattern. He not only competed at the 1948 Olympics but also designed the tracksuits for the Italian team. During the event in London he met Rosita Jelmini in Piccadilly Circus, under the statue of Eros and fell in love.

With Rosita developing the shape of the range and Ottavio the colourist and technician they founded a knitwear studio in 1953 called Maglificio Jolly in Gallarate; both partners playing to their strengths the Missoni label was born.

Although initially their clothes appeared without the signature label, in 1958 Missoni launched its own capsule range and a series of striped dresses were sold to the Italian department store La Rinascente.

It wasn’t until 1962 that the famous zigzag stripe came into being when the family reinvented Raschel knitting machines, historically used for creating shawls. Using Rosita’s family knowledge and a technique known as flammata (flames) the machines create a knitted fabric with colourful zigzag lines resembling embroidery using many threads to create an intricate weave.

The business prospered with the support of fashion editor Anna Piaggi, then an editor with Ariana magazine and their first catwalk show took place in Milan in 1966.

Bloomingdales opened an in-store boutique in the early 1970’s. Picked up by Vogue, the Missoni signature style was known as the “put-together” look and their high profile customers gave the brand celebrity credibility.

In 1978 the Spring Collection was accompanied by a retrospective at New York’s Whitney Museum and later the same year Missoni showed its first menswear collection.

Brown’s was one of the first shops in London to stock the label in 1982 and Joan Burstein continues to champion the brand to this day.

During the 1980’s the brand widened its appeal by launching the first Missoni fragrance followed by Missoni Home; the signature pattern was applied to almost everything and in 2009 opened its first hotel in Edinburgh.

During the 1990’s Ottavio and Rosita handed the reins of the company over to family members who continue to move the company forward.

In March 2014 Angela Missoni gave a talk at the V&A to launch the museum’s exhibition “The Glamour of Italian Fashion”. Angela Missoni says that her parents “invented a language with a very rich vocabulary” and her role today is to “update that vocabulary”. You can see a short film of Angela talking about the family business by following this link.