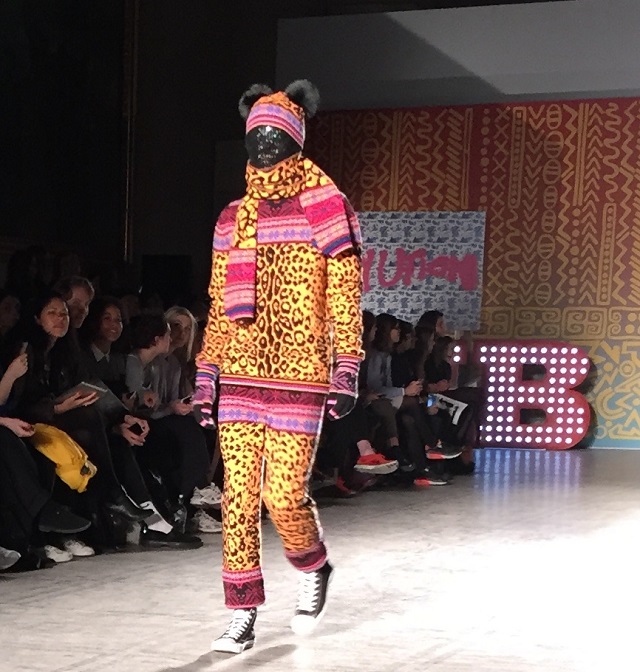 SIBLING launched on May 29th 2008 in response to a massive gap in the market for good menswear, In 2010 the British Fashion Council recognised the brand and in the same year a line of womenswear called Sister by Sibling was launched in collaboration with Topshop. This successful collaboration prompted the establishment of the brand Sister in it's own right.

The ethos of Sibling and Sister is the traditional modernised with contemporary design and humour. They are influenced by music and art, youth tribes and street culture.

The collections have included bright and playful subversions of classic knitwear styles such as cashmere Twinsets in sequin leopard and sparkling Bretons. Traditional stitch details like Fair Isle are interpreted with skulls and graphic shapes and often with clashing colours.

Their famous full Fair Isle knit look (known affectionately as Knit Monster) takes the cover of the book Doppelganger and travelled globally as part of the Wool Modern exhibition. Balaclava wearing Pandas Rock! and Tattooed Man exhibited in Holland in 2013 and their Sequin Kanaval Masks have made front covers: most recently Beyoncé on CR Fashion Book.

SIBLING worked with Pudsey for Children In Need 2012 and designed and produced an outfit for Disneyland Paris’ Extended 20th Anniversary celebrations to represent the UK in March 2013.

Awards include: Newgen Men and Women, Fashion Forward for Menswear and the first Dulux Colour Award: Best Use Of Colour In Fashion & Beauty. SIBLING were also the European representatives for WOOLMARK in 2014.

In November 2014 the knitwear collective were the subject of the V&A's Fashion in Motion presentationing highlights from their menswear collections, you can see more images from the show here