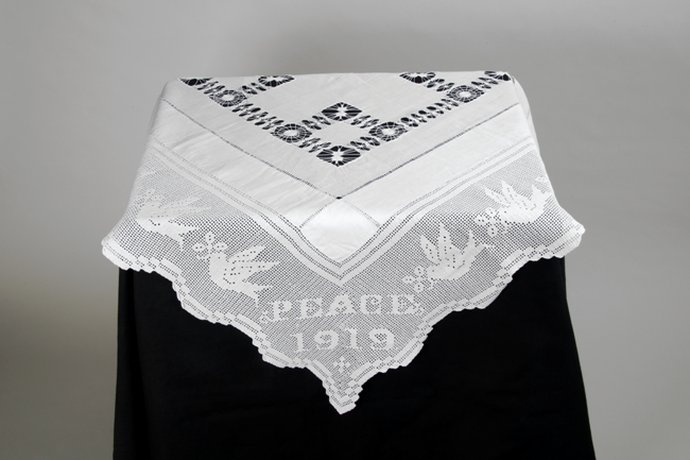 This square white cloth has a filet crochet border in cotton, and a linen or cotton centre with drawn thread work. There are doves with sprigs of olive in their beaks along the sides, and 'Peace 1919' appears in each corner. The cloth is 91cms/36ins square. Filet crochet was very popular in the first decades of the 20th century, especially for household items such as tablecloths and tea cosies, and we have many examples in the Knitting & Crochet Guild Collection. It is easy to create pictorial designs for filet crochet, using graph paper, although it was more usual to give the instructions as text, taking up a large amount of print. Many such designs were published in women’s magazines of the time. Although the Armistice in November 1918 had ended the fighting on the Western Front, the First World War formally ended with the peace treaty in 1919, and there were peace celebrations all over Britain that summer. The ‘Peace 1919’ design appeared in Woman’s Weekly in April 1919, which would give crocheters enough time to make the tea cloth for the upcoming celebrations. 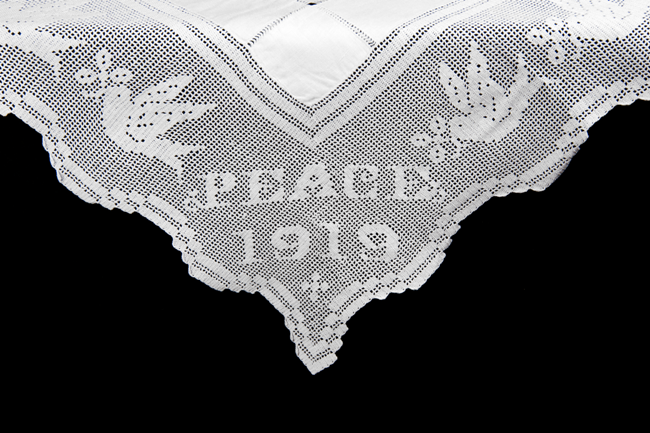 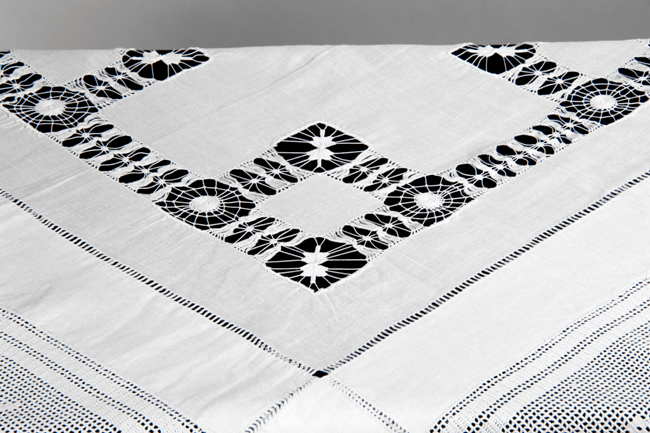