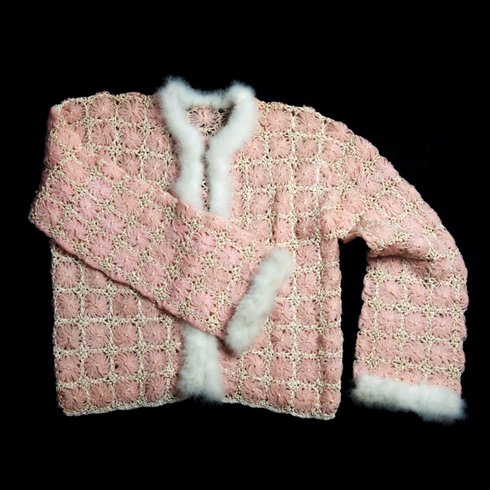 Bed jackets, or dressing jackets, were made in the 20th century to be worn either at home or in hospital when receiving visitors. They became especially popular in the 1930s when female Hollywood film stars wore bed jackets of sheer or lacy fabrics, epitomising a glamorous lifestyle. They were worn for both modesty and warmth but since houses are now largely centrally heated, their use has fallen out of favour. There are numerous knitting and crochet patterns for bed jackets, often highly decorative, in the Knitting & Crochet Guild Collection. The KCG Collection also includes several other examples of bed jackets.

This adult-size example was made in the 1920s-1930s, of pink wool, cream rayon and swansdown. The edge to edge pink daisy wheel pattern is joined with rayon crochet. It has set in sleeves and the front edge and cuffs are trimmed with swans down. 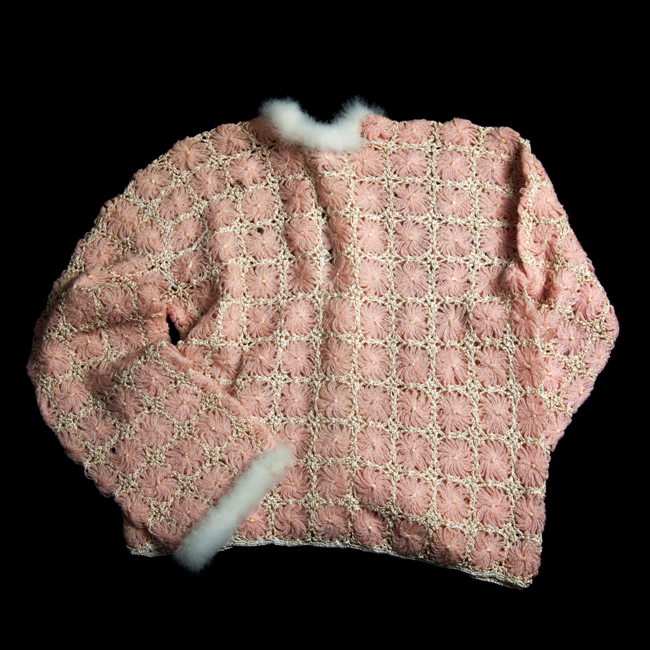 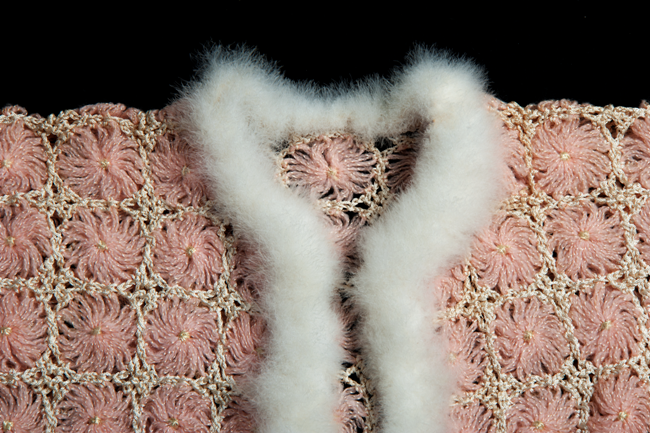