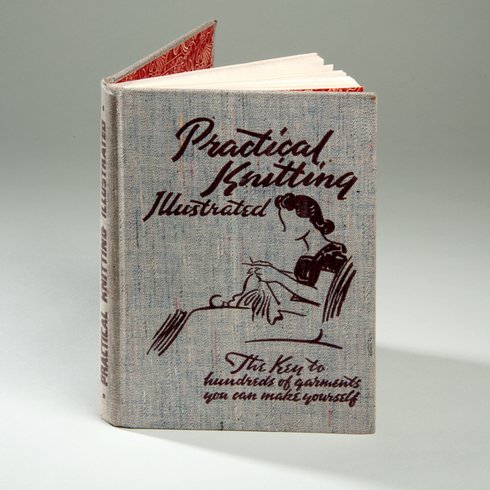 This hardback book, written by Margaret Murray and Jane Koster, was first published by Odhams Press in 1941 and is an excellent example of its era, when many people crafted at home with limited resources. 252 pages long, it has a drawing on the front cover of a woman knitting and contains a wide range of knitting patterns for every member of the family ‘from the new-born to the middle-aged’ together with crochet designs for mats, bed jackets and edgings. Each has clear and simple instructions. The patterns are illustrated with black and white photographs. The book was very popular in mid 20th century UK, often fondly remembered by those who owned it and those who remember it from their mothers’ and grandmothers’ bookcases. It is one of a series of books with similar titles by Murray and Koster written in the 1940s. Second hand copies are still widely available. 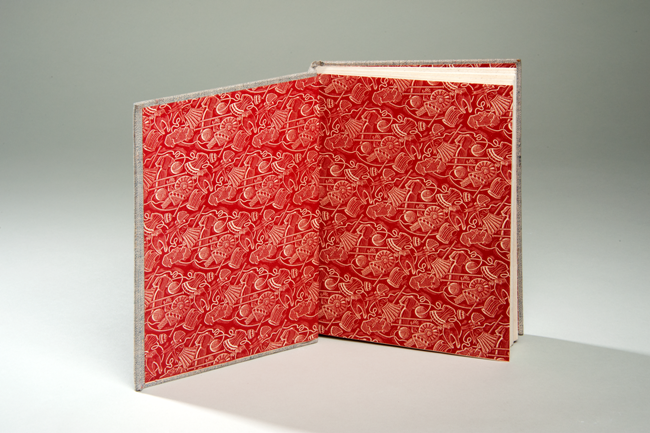 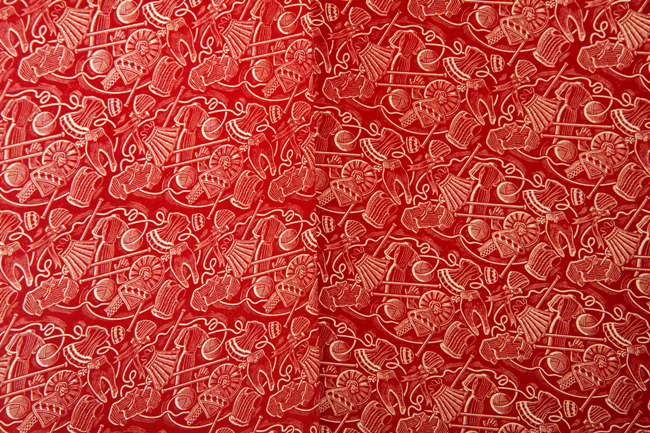 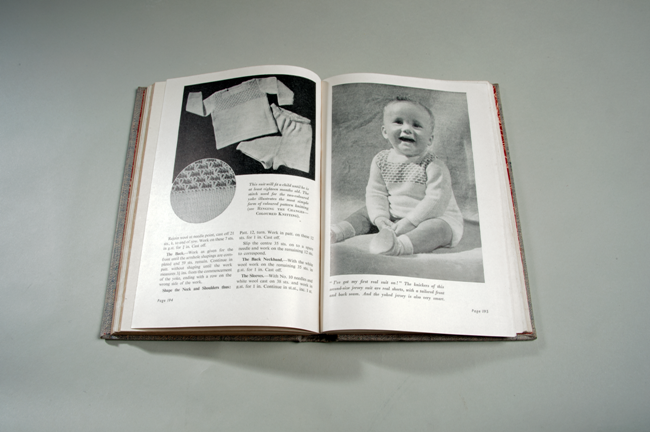 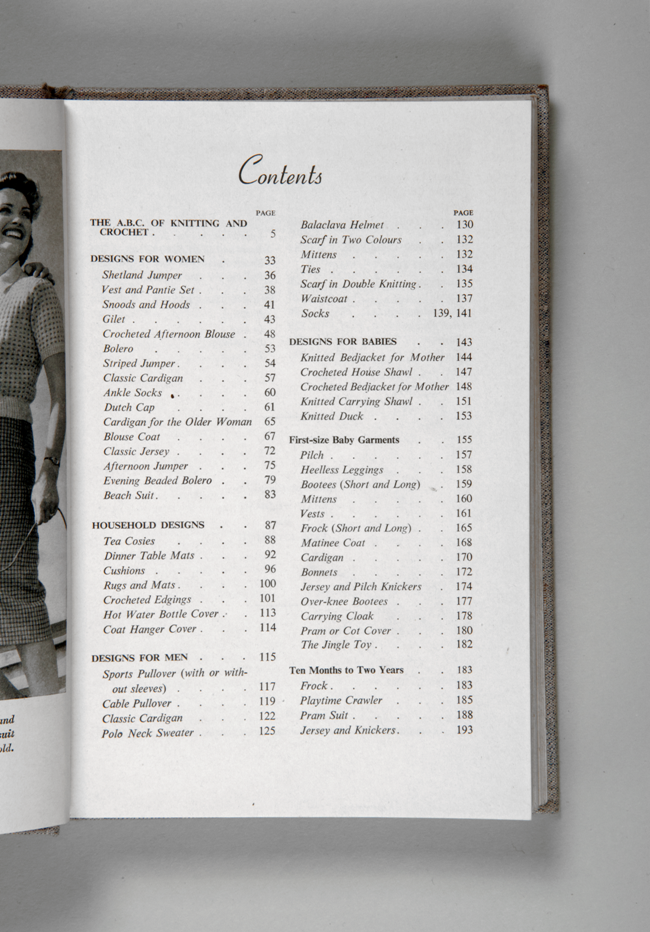 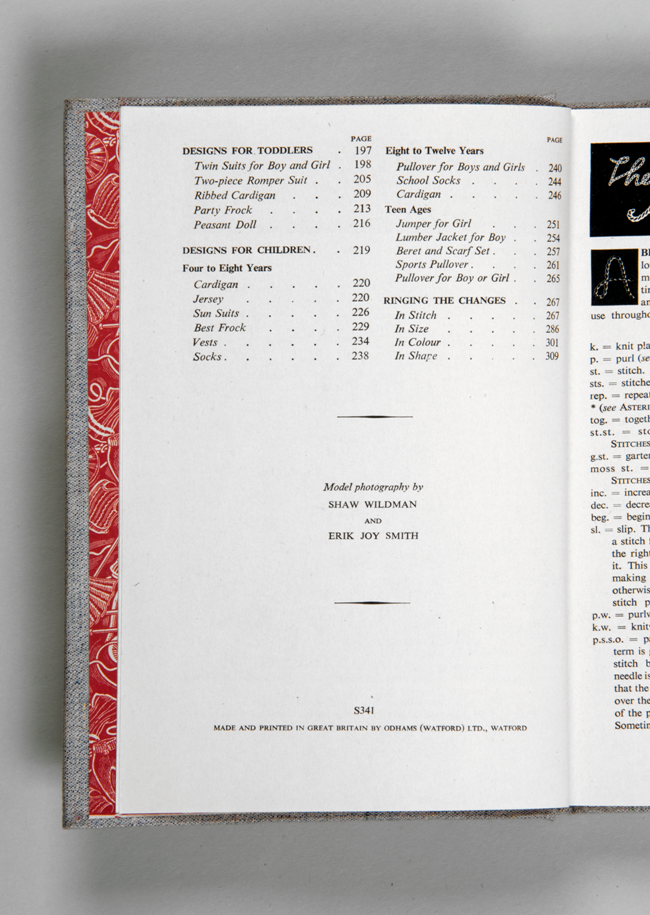