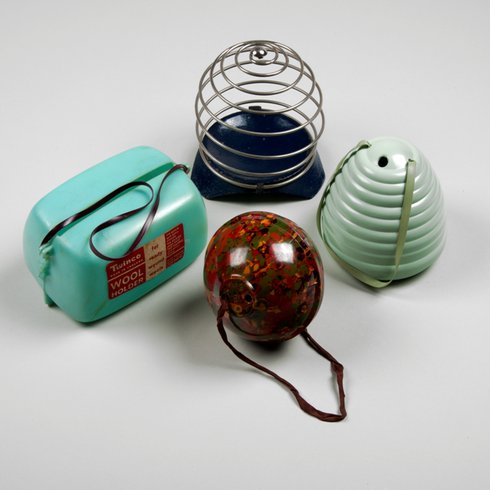 These holders are to keep a ball of wool in one place while knitting or crocheting – either hanging from the wrist or placed on a flat surface. The Knitting & Crochet Guild Collection has a good selection of these, a small selection of which are shown here.

The spherical holder, diameter 4 ins/10cms is of mottled Bakelite, and is pre Second World War. It hangs from the wrist and unscrews into two halves, to put in or take out the ball of wool.

The design of the metal holder was patented in 1929. It has a very heavy base. The ball of wool can be inserted between the wires, by squeezing together the wires on the opposite side.

The pale green holder is in the shape of a beehive, the trademark of Patons & Baldwins. The design was registered in 1948, and was very popular. The base unscrews, and has a needle gauge. The holders were made in several different colours of Bakelite and in the KCG Collection we have them in red, leaf green, blue, white and pink.

The Twinco holder is a later design in polythene, for larger ready-wound balls of wool, when it began to be sold in 100grm balls. The holder opens into two halves, hinged together along the base, and clips together at the sides. 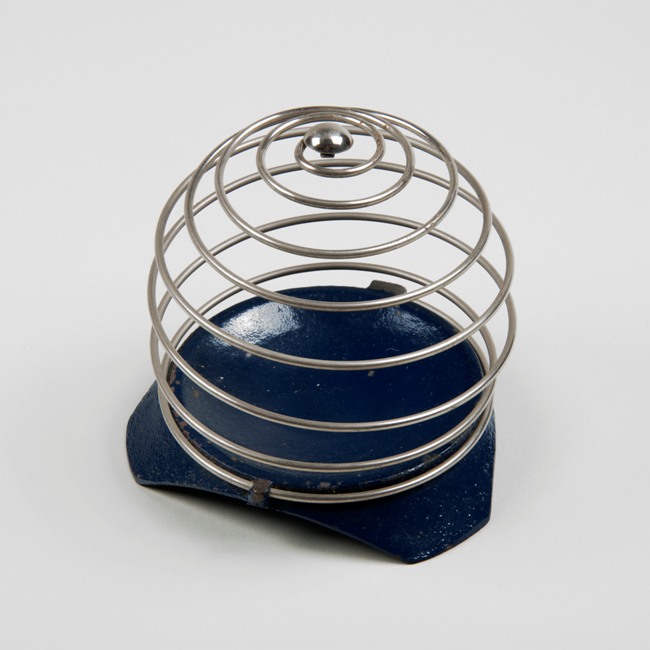 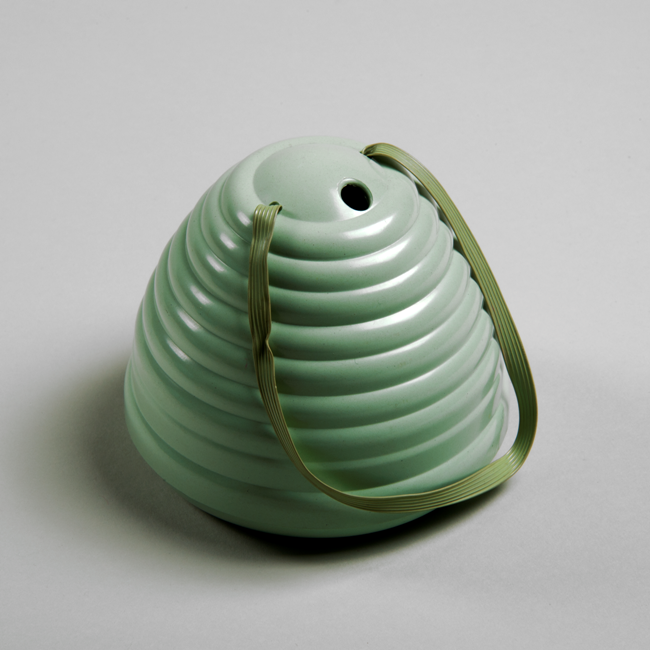 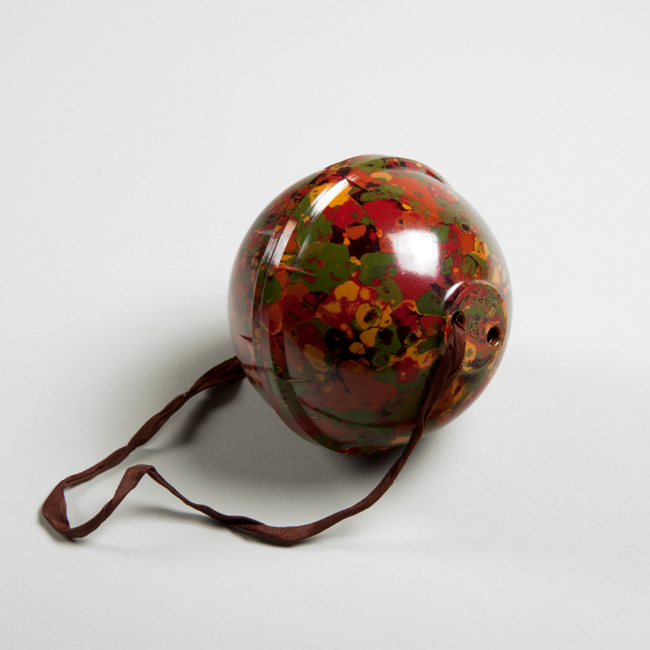