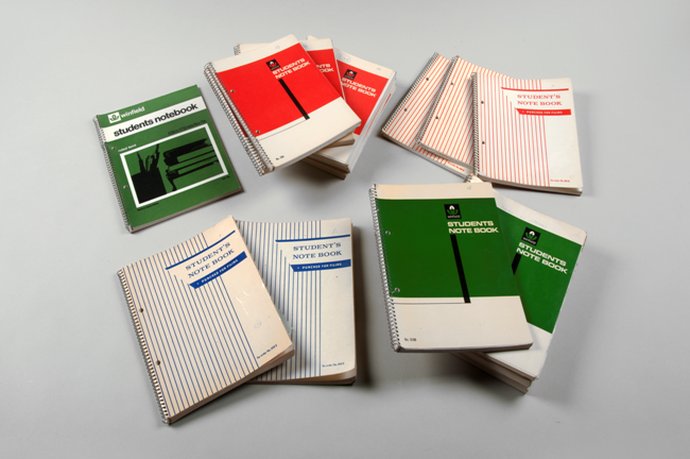 These 17 notebooks contain 951 patterns and were compiled by Gladys Jeskins. They came into the Guild’s collection accompanied by the stitch sampler, which contains nearly 900 of the patterns knitted in a continuous strip. The notebooks and sampler were gathered together while family members were helping to clear Gladys’ bungalow following her death in 1997. According to family members, Gladys found the stitch patterns that appeared in magazines and books to be very ‘run of the mill’ and she felt that she could adapt and create ones that were far more interesting. This spurred her onto the idea of knitting as many different stitch patterns as possible, with notes, and producing a more comprehensive book herself. Gladys did not set out to produce 1,000 patterns initially but, as the years went by, this became a goal she set herself. Rather poignantly Gladys had prepared a page for her next pattern No 952 but no entry was ever made. 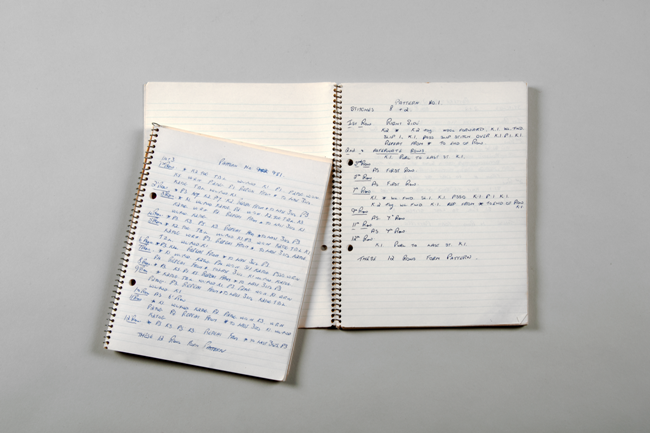 Members have transcribed some of the entries in the notebooks and knitted new samples. You can see these on the Gladys Jeskins sampler pages.