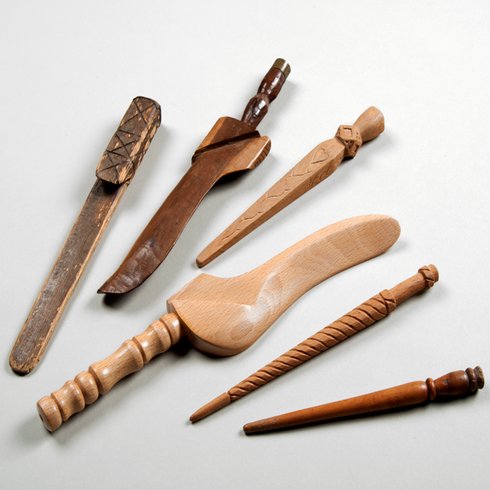 These six examples from the Knitting & Crochet Guild Collection are all made of wood in a variety of turned and carved styles. They range from 19cms/7.5ins to 30cms/12ins in length. Each has a small hole drilled in one end. It was common practice at one time, not only in Britain, but across Europe too, to support the working needle by putting the end in the hole of a ‘stick’, which was twisted into or slipped over apron strings or a belt. This of course implies knitters were using double-pointed needles. In the north of England it is still common for knitters to support a long, straight needle in the armpit, and many Shetland knitters use a stuffed leather pad on a belt, because wood is a scarce resource. The supported needle technique may have survived in Shetland because, until very recently, most knitting there was done for sale, and the support does appear to improve efficiency. Although none of them is dated, these sticks are all probably 19th or 20th century.

What was once a commonplace tool is now regarded as a quaint curiosity and the examples here are both homemade and commercial. 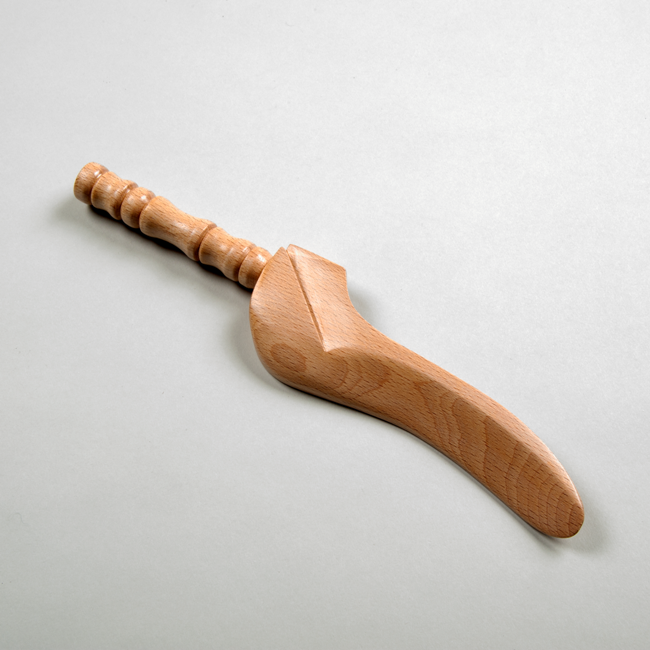 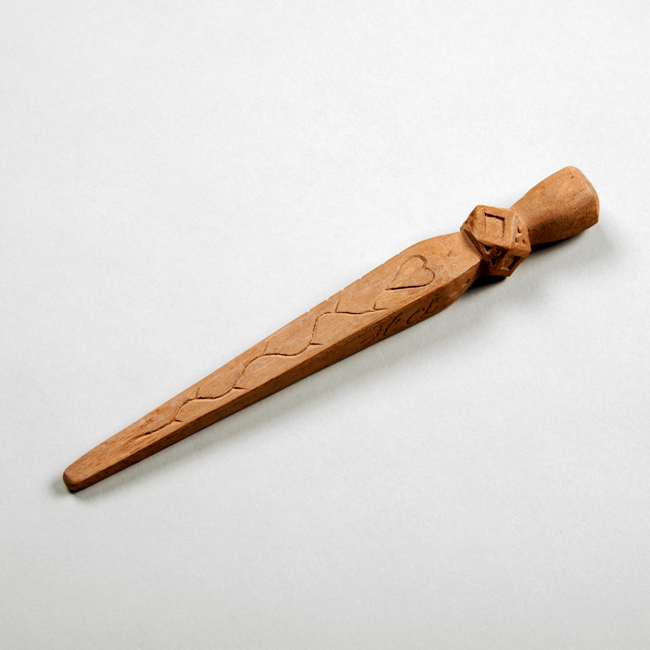 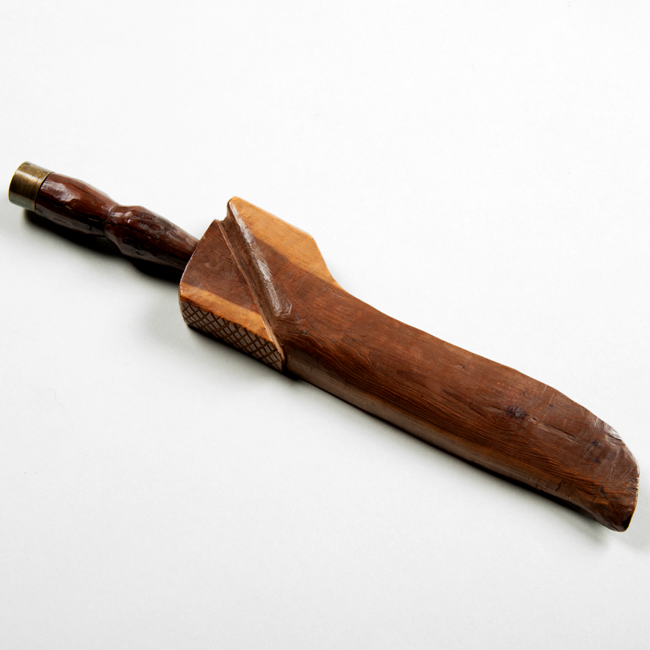 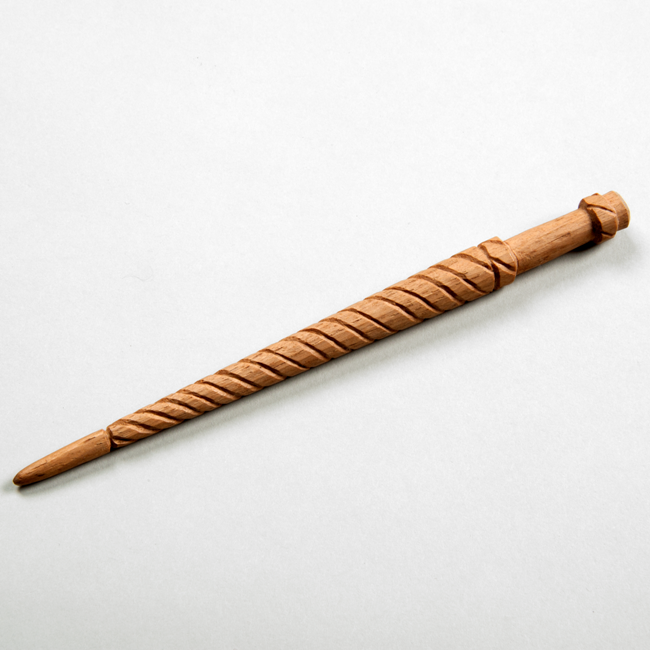 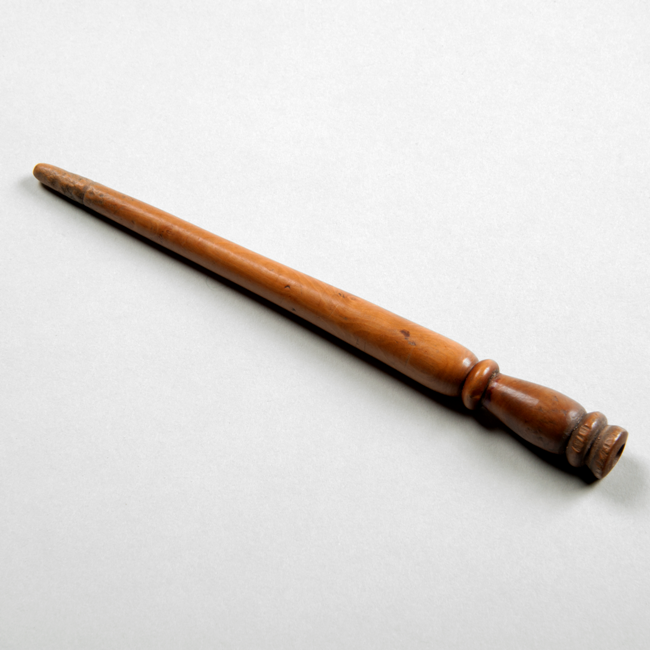 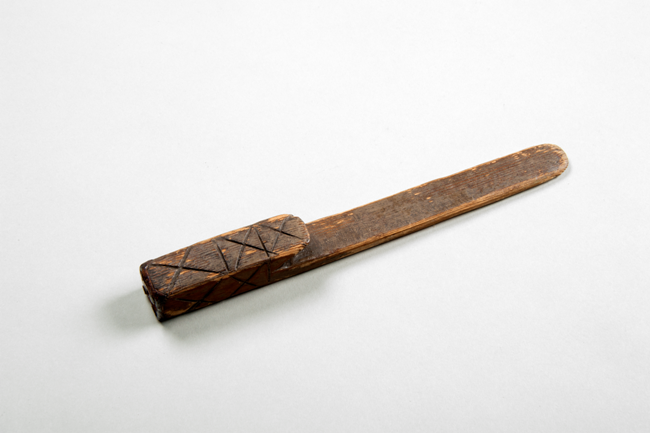