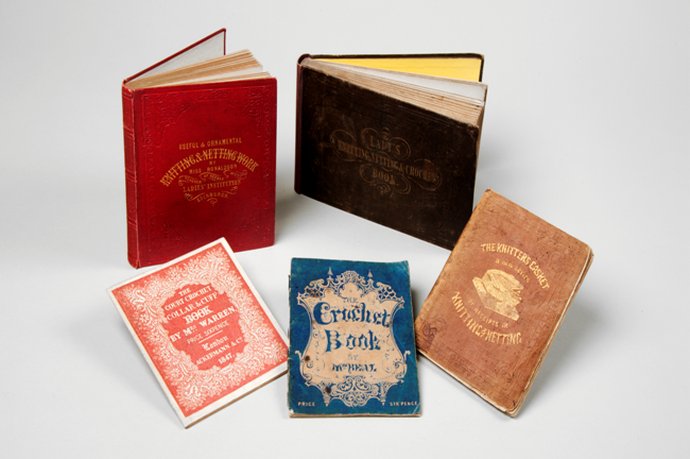 The Knitting & Crochet Guild Collection library has a good representation of some of the earliest books in knitting and crochet published in Britain, of which these are a selection. Knitting became a fashionable pastime for ladies in Britain in the 1830s, when crochet also began to become popular. Manuals on knitting and crochet, aimed at these ladies, began to appear in the late 1830s, and many were published in the 1840s.

The manuals give ‘receipts’ for both garments and decorative household items. The garments are mostly what we would now call accessories (shawls, scarves, socks, etc.). The household items include antimacassars, cushions and doileys. However, the books have few illustrations, so that anyone following a receipt might not have any idea what the result should look like. 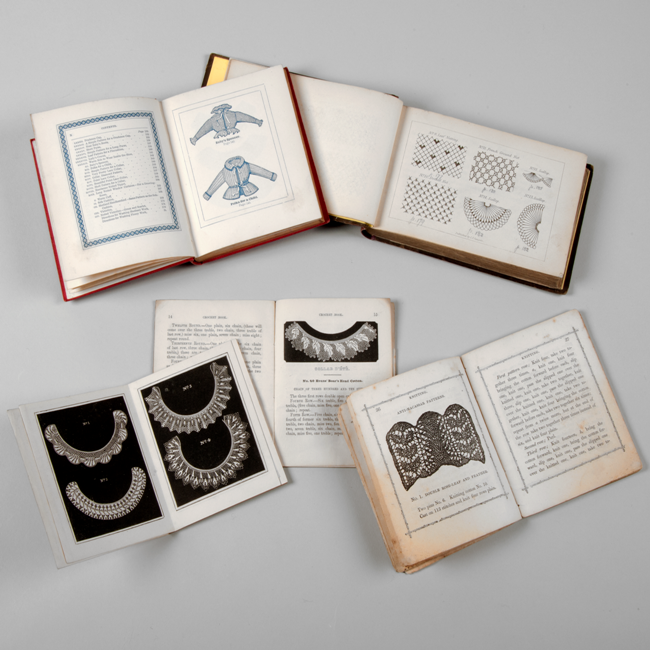