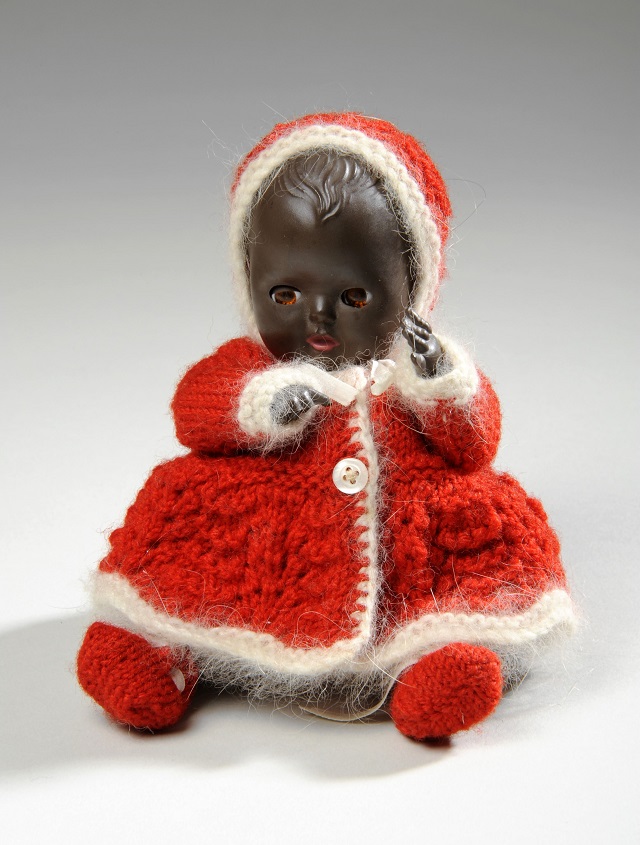 This sweet little doll is only tiny but everyone who sees this gem falls in love with her. We have no information about this piece but her outfit is well made with 7 separate pieces - knickers, vest, dress, coat, hat and bootees, all removable. The wool is trimmed with angora. She is about 15cms (6ins tall when standing), so small not the usual size for a baby doll. She was part of the shoot when the Guild provided material for the BBC documentary about knitting in 2012. It was part of a three part series called Fabric of Britain, Knitting's Golden Age and was aired on 18th September 2013 and over an hour of filming was reduced to a couple of minutes.

Unfortunately, no longer available in full but you can see 4 clips here